Everything About Wikipedia, Part 2: Notability

EVERYTHING ABOUT WIKIPEDIA, PART 2: NOTABILITY

In our previous post, we talked about Wikipedia in general – we explained a bit about what Wiki is (a reference) and isn’t (a blog, a soapbox, or a vehicle for free advertising), and we promised that we’d get more into specifics about what makes a topic Wiki-eligible.

As we mentioned last time, determining whether a topic is eligible for Wikipedia really boils down to two (very) important questions:

Question 1: Is your topic notable?

In this post, we’re going to focus on the first question.

Before we go on, it’s important to be clear about we mean by “notable.” For our (and more importantly, Wikipedia’s) purposes, a notable topic is:

The red boxes indicate details that make Pratchett notable: He’s written a 40-novel series; he is a best-selling author in the U.K. and in the U.S — heck, the guy’s even been knighted for his “services to literature”!

And if you scroll down to the “References” section, you can see a list of the more than 100 newspaper and magazine articles; websites; television and radio interviews that were used in the creation of Pratchett’s article:

Here’s an example of a Wiki page for a notable company:

Again, the things that make Subway notable are outlined in red: it’s one of the fastest-growing franchises in the world; it’s the largest single-brand restaurant chain globally and the second largest restaurant operator globally; it’s got over 37,000 locations in 100 countries, and so on.

Also, notice that this page isn’t written like an advertisement. It gives you the facts: What Subway is, where it does business, notable rankings and statistics. But it doesn’t read like something that came from the company’s PR department, and there’s even a section called “Controversy” that talks about a few not-so-positive details, such as lawsuits and instances of negative publicity associated with the chain.

If you look at the page’s “References” section, you can see that Subway has indeed received significant media coverage:

Of course, you don’t have to be a knighted, best-selling author or one of the world’s most popular fast-food chains to be notable enough for a Wikipedia page. There are tons of pages about people and companies that are somewhat less famous – but still notable and Wiki-appropriate: 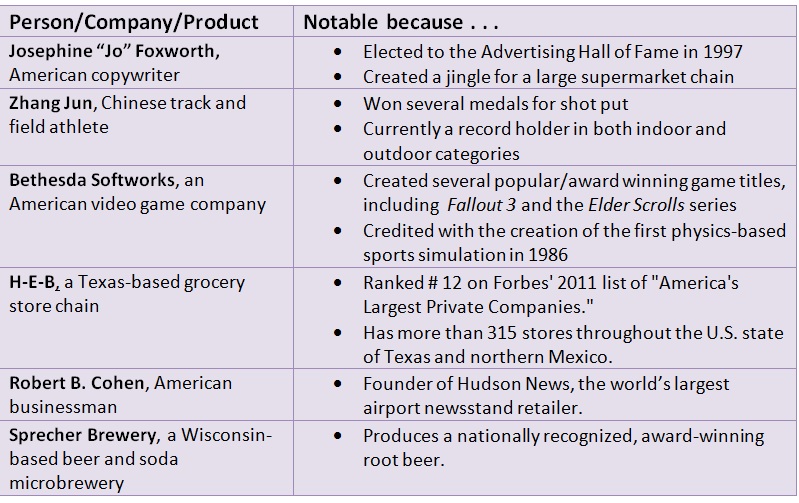 Not sure if your topic is notable? Here are a few questions to use as a starting point:

If you can answer “yes” to at least four of these questions, you might have a Wiki-eligible topic on your hands.

The next step in determining Wikipedia eligibility? A review of your available sources.

Tune in next week for an in-depth look at neutral, third-party sources and “significant coverage”.