How Can a Writing Agency Work With SMEs to Develop SOPs?

Home » Blog » How Can a Writing Agency Work With SMEs to Develop SOPs?

HOW CAN A WRITING AGENCY WORK WITH SMES TO DEVELOP SOPS?

There’s no denying that Standard Operating Procedures (SOPs) are a valuable investment for any business. But getting them written, and written well, can often be quite daunting.

Sometimes it’s tempting to leave the task of writing them to your resident Subject Matter Experts (SMEs): They’re already on the payroll and do the documented tasks every day, so why not?

There are various reasons why letting your SMEs write your Standard Operating Procedures is a less than optimal idea. In this article, we’ll detail the reasons and discuss how you can avoid them by hiring a writing agency to write your SOPs.

Reason 1: They don’t have the time.

You may think your SMEs have enough time. They may even think so, too. But chances are, you’re both mistaken.

Writing a good SOP isn’t as easy as jotting down a few key notes, including opening up a Word doc and hammering it out in an afternoon.

“When people try to do it internally, they typically underestimate the time involved to write quality material that is helpful to anybody,” says Wintress Odom, who has written hundreds of SOPs as the owner and editor-in-chief of The Writers For Hire. “And they rarely have any dedicated resource for that.”

Because of this lack of dedicated resources, full-time employees who already have a host of responsibilities are often assigned the extra task of documenting them for the SOP.

This does not work in most cases as there’s not enough time in the workday to complete their regular responsibilities and work on this special project.

Managers tasked with it will inevitably try to delegate parts to their subordinates.

While this approach might work on paper, it makes the SOP even messier in practice.

It decentralizes the project, introducing authors with varying amounts of free time. 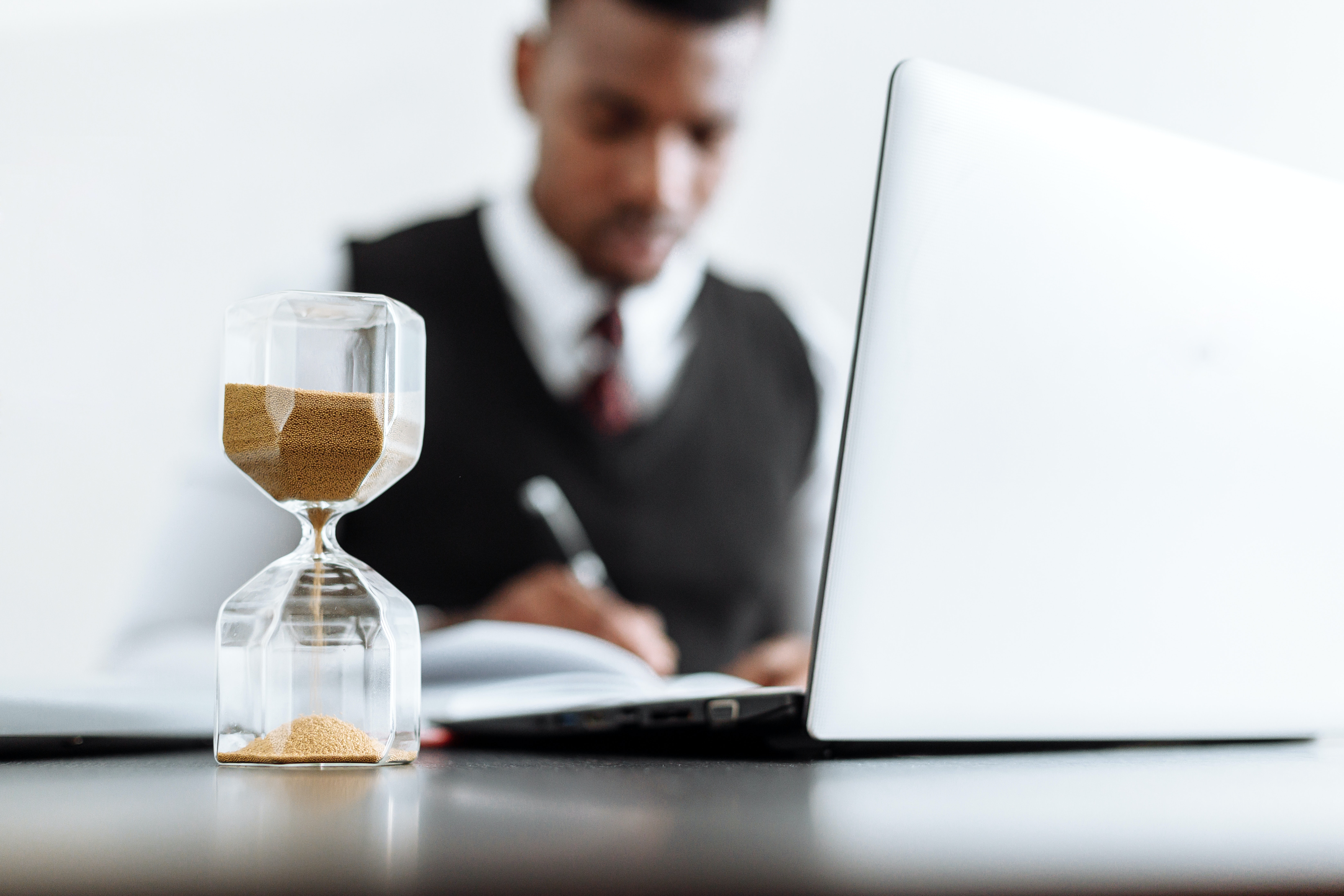 Most will only be able to carve out a few hours a week to dedicate to it, and everyone is bound to be on a different page as to how much they’re supposed to contribute.

“Then it’s always this backburner project that never gets done or gets done in fits and bursts,” Odom says. “By the time any volume has been completed, the initial stuff they did is outdated.”

Your SMEs may be excellent at their jobs, but they’re probably only average when it comes to the written word. Developing a good SOP demands more than just being average, and it’s inevitable that your SMEs will make basic mistakes. Mistakes like skipping steps.

“Especially if they’ve been doing it for a long time,” Odom says. “It’s hard for them to back up and really slow down and explain all of the steps that a new user would need to do to complete the process they’re documenting.”

A few more common mistakes include making the SOP too wordy, failing to simplify things into clear steps, and neglecting best practices for instructional materials—like sticking to shorter paragraphs and using bulleted lists.

Odom elaborates: “[Not] making it easy to scan…forgetting to bold things to make it easier for people to grab the information they need…[and] drifting from topic to topic, that’s another one.” 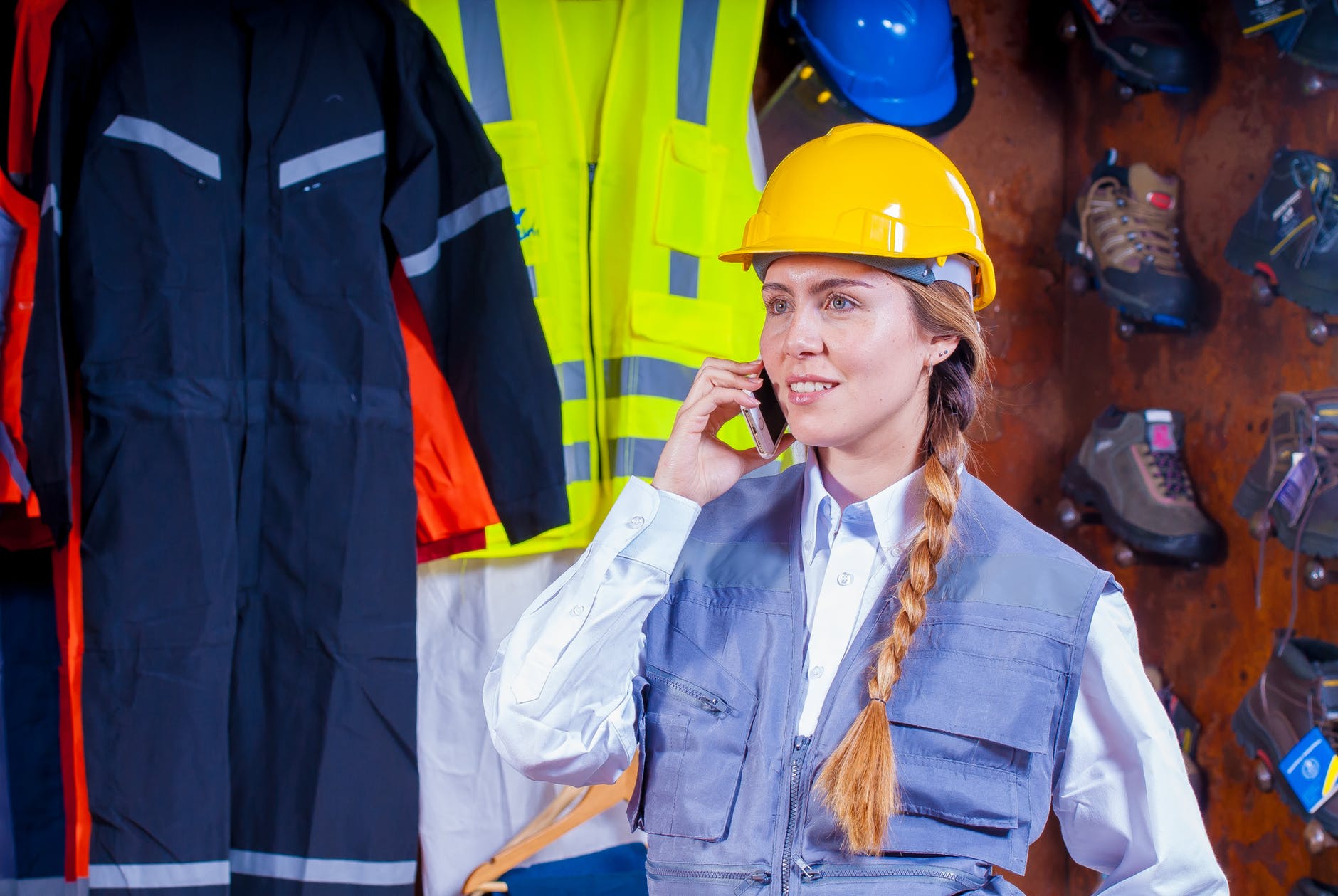 SMEs with ample experience in their field are especially vulnerable to talking shop in the SOP.

Often, Odom has seen SMEs fall back on what they know and begin using terms whose meanings are clear to them, but utterly indecipherable to inexperienced readers.

“That is a huge issue,” Odom says, “and then flip-flopping terms is something you see them do a lot too…and they may even be purposely trying to switch up the terms because they think that that makes them a better writer because in other types of writing you want to use different words for the same thing because it makes it more interesting.”

Reason 3: Not all SMEs are made equal.

There are three broad categories Subject Matter Experts tend to fall into.

Each of these three brings their own strengths and drawbacks to the process of working on an SOP, but they are not equal in how useful they are to an SOP.

To explain why, we’ll have to define the difference between skill, knowledge, and understanding.

Knowledge is theoretical. Skill is practical.

As explained by The Difference Between, knowledge involves the learning of concepts, principles, and information about something. Skill, meanwhile, is the ability to apply said knowledge in a specific context. It concerns tangible procedures and results and requires practical exposure to develop.

A SME whose greatest asset is their skill will likely have an easy time laying out the practical steps for a procedure. Said steps will probably be laid out plainly, and even a layperson will understand them because a skill-focused SME is less likely to devolve into trade jargon through their explanation. Their comparatively lesser knowledge and understanding, however, means that they’re likely to leave out bits of the broader context that may be required for the task.

These SMEs are likely to be present in lower-level jobs in an organization where knowing how something works is often less important than knowing how to make it work. What does this mean?

Joshua is an entry-level dishwasher for a restaurant.

He’s held that position since graduating from high school four years ago and has become skilled at efficiently getting dishes through the machine and back out to the kitchen.

His entire shift consists of clocking in, firing the dish machine up, and keeping the cycle of dirty and clean plates flowing until the end of the night.

If you asked Joshua to handle a large batch of dishes after a hectic night, he’d find a way to manage it by closing.

If the machine jams as a cook tries to use it, he can fix it in two minutes flat because he’s done it a thousand times before.

But if you asked him to explain how to fix the machine’s conveyer mechanism after it breaks down entirely or how to do preventative maintenance on it, the best he can do is give you a blank look.

His boss is much more comfortable calling authorized technicians to handle such tasks rather than relying on Joshua; thus, he has never had to acquire such in-depth knowledge of his workstation. He gets by just fine without it.

Joshua would likely be great at laying out the step-by-step process for how to load and send dishes through the machine. But he doesn’t know much about calibrating the machine (temperatures and other settings) to run most effectively.

Because of that lack of knowledge, any SOP he writes for it will miss important context.

However, Joshua’s coworker, Sam, does pay attention to such things. He’s practically memorized the machine’s manual over the years.

Given Sam’s extensive knowledge, he could probably go on at length about the different settings and the optimal temperatures to ensure the plates are spotless and sterilized.

But chances are his explanation of the step-by-step loading process will be lacking compared to Joshua’s because Sam is more focused on the context than the task itself.

No matter whether Joshua or Sam writes the dishwasher’s SOP, something will be lacking.

So, where does that leave SMEs whose greatest asset is their understanding?

As also explained by The Difference Between, knowing something is the same as having knowledge about it.

To understand something is to go beyond merely knowing it: It involves conceptualization and association, becoming aware of the connections between the pieces of information which comprise one’s knowledge.

Understanding generally takes longer to develop than knowledge, and one must first understand data and information before explaining, interpreting, and summarizing it.

For this reason, SMEs whose greatest strength is their understanding are rarer than those defined by their skill or knowledge. They tend to have more experience than either of the other two categories and are likely to occupy higher levels in an organization’s hierarchy because of said experience.

Of the three, they’re the most likely to succeed in breaking down processes into individual steps and providing the reader of your SOPs with necessary context, rather than just skill or knowledge.

For example, Nathan, the general manager for the restaurant where Joshua and Sam work, has been in food service for 30 years.

He has worked his way up from dishwasher to waiter to cook and eventually manager. He understands the ins and outs of every job in a typical restaurant and can step in to cover them or train new employees as needed.

Nathan is a precious asset to the business and is quite frankly the largest reason things have operated smoothly for years.

His version of the SOP will likely impart to the reader the bigger picture of why proper dishwashing matters: ensuring food safety.

But both his context and step-by-step instructions will be more generalized than Sam’s or Joshua’s, respectively.

While he can operate the dishwasher just fine when he has to, Joshua and Sam both, however, do the task more regularly and have a better idea of the specific steps and information required to operate their model of dishwasher.

Okay, but how will a writing agency help my SMEs?

A writing agency’s entire business typically revolves around the management of complex documentation projects, and they’ll have the experience your SMEs sorely lack.

Your SMEs will thus save a lot of time and energy because someone better qualified will be handling the writing of your SOP, with your SMEs providing the required materials and information.

A writing agency can work in ways that suit your business’s operations schedule, from on-site interviews and observations of your SMEs at work to remote screen captures as your SMEs walk the agency through their digital tasks.

Your SMEs also gain a safety net by working with a writing agency. The agency is more likely to catch any deficiencies in the information your SMEs give than if your SMEs wrote the SOP themselves.

This helps to avoid common mistakes SMEs make, like forgetting to mention specific steps of a process or being too technical in their descriptions.

GET YOUR SOPs WRITTEN TODAY

Lastly, should you choose to adopt SOPs for your business, you will need multiple versions to cover all your regular procedures. Hiring the same writing agency to handle all of them is a much more efficient option than letting your SMEs go it alone.

Rather than having SMEs from different departments individually struggling to document their tasks, you can have the writing agency organize them into an overarching project. This can include the agency doing a full audit of your current documentation, determining which tasks still need to be recorded, and then making a timeline of which SOPs to complete first.

The agency can also help you choose the templates and formatting that will be best for your SOPs, maximizing their effectiveness.

Ultimately, hiring a writing agency to write your SOPs will save your SMEs time and headaches, and provide a much higher quality SOP.