We’re Going Forward. What Next?

The Go/No-Go meeting was held, and the decision’s been made: Your company is going forward with the proposal.

Now the ball is back in your court. You’ve managed a proposal team before, but the contract was simple and called for far fewer resources. This one will require input from several divisions, and somehow, they all need to coordinate on a single 100-page document in just a few short weeks.

You know the first step is setting up your team, but you’re not sure who should be on it. What resources do you need, and what should they do? 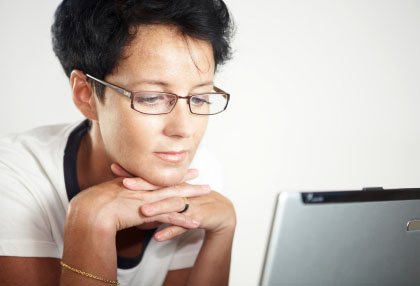 We asked a series of experts on proposal writing for some tips and best practices on setting up proposal teams. Meet our experts:

They gave us some time-tested advice, starting with a very important key concept:

That is, assume the RFP will take more time than you think, and your team will have less time than they think.

“It’s imperative you choose individuals who are capable of responding quickly to the proposal time constraints,” Hashagen says. “Be sure they don’t have too much on their plate, and consider whether their other responsibilities might require them to address something unexpected that is time critical for another client.”

The size of your team will likely depend on the size of your company and the complexity of the proposal. However, for most proposals, eight key roles must be filled.

A few of your team members may wear more than one hat, but Hashagen advises, “Remember to be realistic and be sure there are enough people on the team to meet the deadline.”

Who is in charge of getting this proposal to the finish line?

Since you brought the proposal this far, you might be the assumed leader for this proposal project. But keep in mind that you may not be the best choice for the role of proposal manager.

To be fair to yourself and your team, you must consider your strengths and the demands on your time:

1) Are you extremely detail-oriented, comfortable with pestering people, and used to juggling tight schedules on a day-to-day basis?

You must be able to answer yes to the first question and no to the second before you should consider yourself for the role of proposal manager. Failure to consider these questions honestly can result in a proposal that looks and reads like it was hastily put together.

Hashagen goes on to outline the proposal manager’s responsibilities:

Hewitt emphasizes the importance of having someone from your sales force on the team.

“A person involved in external sales can provide important information about the company issuing the RFP. A person in inside sales lends experience in the proposal process and the proper organization, formatting, and template (if any). Either one can review the finished package with an experienced eye.”

Not to be confused with proposal manager, this person is the individual designated to manage the project once the contract has been won.

Depending on the demands of his or her current project, the contract manager may or may not be expected to participate on the proposal team.

Select an SME from each discipline who will be involved in project delivery if the contract is won.

“The SME may simply provide the necessary information for a particular section or sections of the proposal,” Hashagen explains. “Or the SME may actually write the initial drafts of the sections pertaining to his or her discipline.”

SMEs participate in proposal team meetings so that important questions aren’t overlooked. Interdisciplinary communication improves the consistency and accuracy of the initial drafts.

The combination of the SMEs’ expertise and experience is the reason your company should be chosen above your competitors.

This person is responsible for providing the projected costs that the RFP requires.

If the estimator or proposal financial manager does not participate on the team itself, the person in this role is still responsible for providing the numbers to the proposal writers and for proofing the final proposal to ensure the accuracy of the financial data.

Your proposal package must be cohesive and written in a single voice. Although there are multiple contributors, someone must write the proposal so that it is properly organized, precisely stated, and consistent.

In addition, the writer ensures that the proposal has an executive summary, a table of contents, and a conclusion, as well as a list of tables and figures and a list of related documents when required.

If your business employs a writer or communications specialist, that person may serve as the writer. If not, a writing agency can be contracted for this role. How the writer proceeds will be determined at your first meeting.

On some proposal teams, the proposal manager funnels all the information to the writer in the form of SME-drafted content and financial data.

If your template requires custom artwork for each proposal or you are preparing your first response to an RFP, you may need a graphic artist. This team member ensures that logos, illustrations, workflow diagrams, and organizational charts are attractive, consistent, and accurate.

In an article for Entrepreneur called The 10 Things You Need to Know When Responding to RFPs, George Debb, managing partner at Red Rocket Ventures, suggests, “Intersperse the company’s logo and images throughout the presentation so you look like you put customized work into your response, tailored just for your recipient.”

A capable editor carefully proofreads the final package with a fresh set of eyes. Significant errors in the proposal may cause the potential client to question whether your approach to the project itself will be less than fastidious. The editor must carefully double check the entire proposal to ensure that every deliverable requirement and every stipulation in the RFP has been addressed.

Addressing the Need for Outside Resources

It is likely that you addressed the need for additional resources in your early discussions with key personnel within your company, and also during the Go/No-Go meeting. (See our first blog post in this series, ““To Bid or Not To Bid.”)

If subcontractors are required, a team must be assembled to source and select the contractors. This team is often independent of the team writing the proposal and may be members of your sales force, as they likely have existing relationships with the subcontractors.

This selection team must begin its work as soon as the decision has been made to proceed with the proposal.

When selecting a subcontractor, your selection team should consider how much of the proposal you’ll need the subcontractor to handle.

Depending on the complexity of the contract, the subcontractor selection team or some of its members “may be required to work with the subcontractors throughout the proposal process,” Winsett adds.

If the only information from outside sources is the cost of materials or hourly rates for extra resources your employees will be managing, the proposal team’s estimator can furnish that data.

Next in this Series: Ensuring a Successful Kickoff

Now you’re equipped to map out the key roles your proposal team should include and identify the optimum people to fill them. You also have the information you’ll need to help your team members understand exactly what they’ll be expected to do. Now all you have to do is hold a kickoff meeting with your team to get the proposal process in gear. What should you cover? How can you avoid missteps — and the risk of confusion, communication failures and missed deadlines?

Read the third blog in our series to learn how to prepare for your kickoff and what you’ll need to cover to give your proposal the best possible chance of succeeding.

How will these tips help you when choosing your next Proposal Team?