Amazon Author Rank: The What, the How, and the Why of This Pursuit

Home » Blog » Amazon Author Rank: The What, the How, and the Why of This Pursuit

AMAZON AUTHOR RANK: THE WHAT, THE HOW, AND THE WHY OF THIS PURSUIT

Amazon Author Rank is a listing of the top 100 titles overall or the top 100 titles in a browsing category.  A book’s “Product Details” section is where it lists its Amazon Bestsellers Rank. A #1 means that the title is selling more copies than any other in that category, on that storefront.

You see, this internet giant has localized storefronts around the globe, all with their own URLs, selection, and prices:

And this is an important distinction: A book’s ranking can differ on different localized storefronts because each store represents a different market. As an example, even within North America, these ranks can vary: At the time of this writing, Oprah Winfrey’s “Path Made Clear” topped both the US and Canadian stores, but #2 through #4 were completely different.

By the 1 p.m. calculation, people were more interested in the future than either cleanliness or death:

How Does Amazon Rank Authors?

To calculate a book’s rank, Amazon looks at paid sales of all formats recently sold Amazon.com, including print, Kindle, and audio. And we’re talking uber-recent: Amazon updates this ranking hourly, at the top of the hour, and adjusts as things change.

Let’s first point out that Amazon doesn’t openly explain exactly how the Bestsellers Rank is calculated. It’s allegedly recalculated hourly to reflect the number of recent sales, but its algorithm also takes into account some unknown historical sales data relative to similar titles. Because Amazon doesn’t publicize its formula, how those two factors are weighted remains an enigma.

Additionally, WebRetailer.com has noticed that Amazon’s metrics are not real-time: “There is a lag time of approximately 1-3 hours (depending on the popularity of the product) from when a sale is made and when it is reflected” in the ranking.

Also, the ranking metrics don’t really account for cumulative sales or overall sales volume, mainly just how well a title is currently selling (or has been selling for the past hour) compared to similar books. A recent sales spike typically pushes that title’s rank higher… at least for the current hour or day until another surpasses it.

“The Amazon Best Sellers Rank is more of a vanity metric than anything else,” says Dave Cooley, Marketplace Channel Analyst at CPC Strategy.

Why Do I Care About Amazon’s Rank?

There’s a definite status symbol associated with earning bestseller distinction: You are as a credible thought leader whose work is superior to others. And that must be the case because the market doesn’t lie.

Brent Underwood, a partner at a marketing company, compiled a list of some of the “services” he discovered in early 2017… if you’re willing and able to shell out a pretty penny. A couple seem to have since ceased operations (and you’ll probably find a plethora of others willing to “help you”), but this gives you a feel for what professional book promoters are pushing.

Sound expensive? Sketchy? Too good to be true? Remember, these “services” only exist because there’s a market for them. But Underwood implores writers to avoid the lure of these “services” and the allure of bestseller lists.

“The best marketing tactic you can use for a book is to write a great book that actually sells over the long term. It’s easy to be seduced by bestseller lists, sales numbers, speaking fees, and all the ephemera in this industry. Don’t let all of that make you lose sight of the importance of quality and authority in your work,” Underwood says.

And remember, Amazon Author Rank is based solely on sales through the Amazon stores. It says nothing about how much your readers love your work. Even if they share glowing reviews about how your book changed their lives, Amazon doesn’t factor that into the rank equation. Sure, while a ton of gushing reviews might help boost your sales – which might result in pushing you up the ranking – these kind words do more to boost your spirit.

But maybe that should be more important. To the writer in you, at least.

Tim Hawkins is the author of the bestselling If Kisses Cured Cancer. After looking into the mythos of the bestseller list, he reasoned, “Perhaps it’s a better measure to ignore the lists altogether, focus more on what actual fans are saying about the book and work to create something that people love instead. It’s nice to (be) featured on the lists, but it no longer means a lot to me knowing it’s only a tiny snapshot of an overall picture.”

Author
Erin Larson
With a Bachelor of Science in Language Arts from Georgetown University and 20 years of editorial experience, Erin brings a passion for words and well-crafted writing to every project. As a writer, she revels in the opportunity to create vibrant original copy and rejuvenate tired text. She has written on a range of topics, in a variety of styles, and for an array of platforms. As an editor, proofreader, translator, and trusted second set of eyes, she has helped clients from around the world enhance their writing. A self-proclaimed editorial perfectionist, Erin once canceled a credit card because of a grammatically incorrect form letter, which she edited and promptly sent back to the company. (Incidentally, she wasn’t surprised to receive no response.) 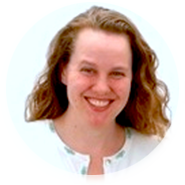