Our Own Harvey Heroes

Home » Blog » Our Own Harvey Heroes

OUR OWN HARVEY HEROES

It started out as a bit of a joke, says Brittany Cooper. Not long after Hurricane Harvey filled Houston’s streets with water, Brittany and her husband, Cody Cooper, started checking in with her friends and family, making sure everyone was OK. 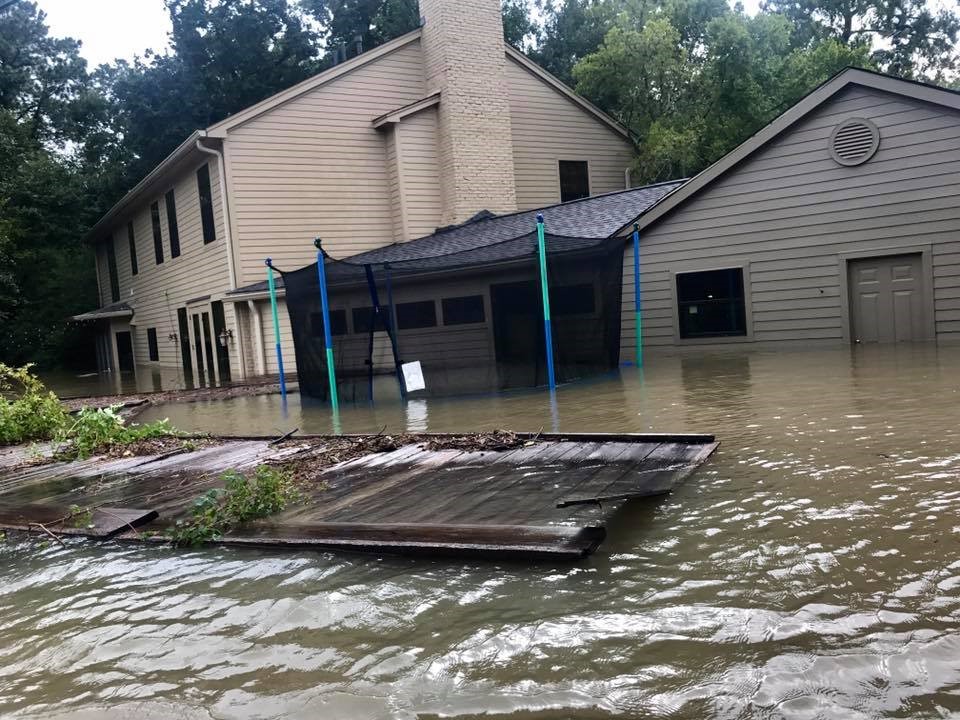 When Brittany learned that one of her friends was stranded amid the rising water, she joked about jumping in her boat and coming to the rescue. As soon as she said it, though, Brittany realized that her joke could seriously help people in need.

A few hours later, she and Cody were guiding their little boat through the streets of Houston, on the lookout for anyone stranded by the hurricane.

Brittany, communications manager at The Writers for Hire (TWFH), was just one of the hundreds of Texans who compromised their own safety and well-being to join the rescue efforts. Brittany’s family hails from Cat Spring, Texas, where she and her husband live on a farm with their four children. The farm sits on 11 acres of flood-resistant wetlands.

On Sunday, Aug. 27, The Washington Post reported that the torrential rainfall dropped on Houston as a result of Hurricane Harvey was “the worst it had ever seen.” A record 30-50 inches of rainfall fell in and around Houston—the highest volume of rain ever recorded in the continental U.S. — and residents were warned to stay inside to protect themselves from impending floodwaters.

Although the rain began to ease off towards the end of the weekend, the worst was yet to come. In the following days, two dams and a levee overflowed, causing additional flooding to the storm-battered area and displacing hundreds of thousands of residents.

Using Facebook and an app called Zello, the Coopers got the word out to people in the city of Katy and Houston’s Memorial area, two of the areas that were affected by the storm. They spent two full days in their boat, rescuing people in need. The water was cold and difficult to navigate, both logistically and physically, especially in areas with fast-moving currents. 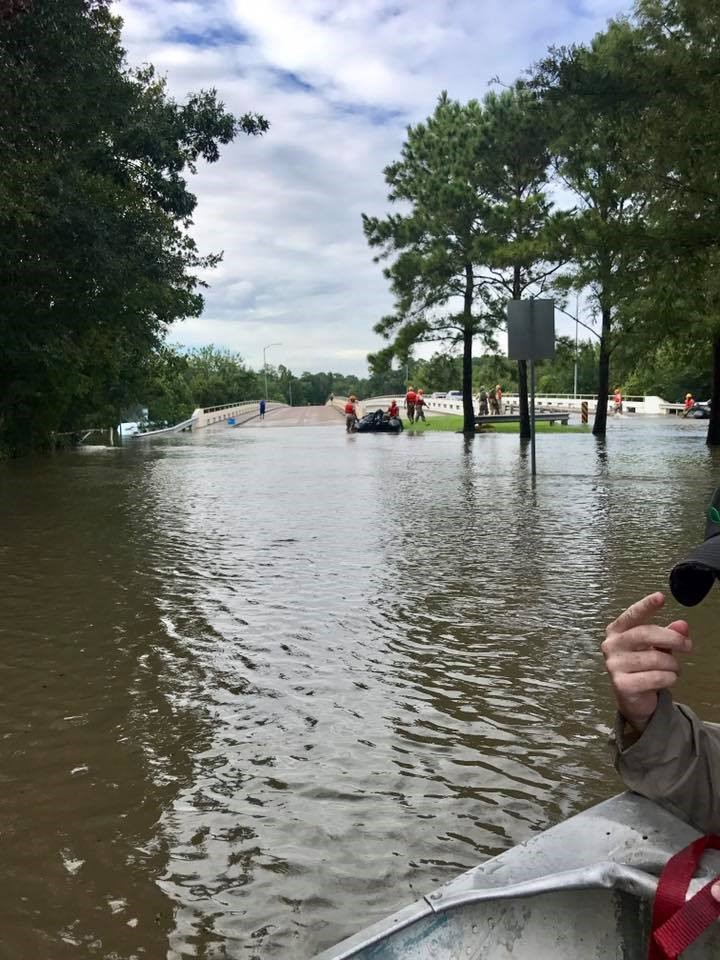 Brittany says she has no idea how many people she and Cody rescued — they weren’t counting, they were just “doing what needed to be done.” They crossed paths with many others doing exactly the same thing, some of whom had purchased canoes for this purpose.

Brittany says one of the most difficult parts of the rescue effort was that after finding people, they didn’t always know where to direct them. If they couldn’t bring them directly to a shelter, they would get them to dry land and ensure that they were assisted by law officials. It was hard to let them go, especially knowing that they may have lost everything. 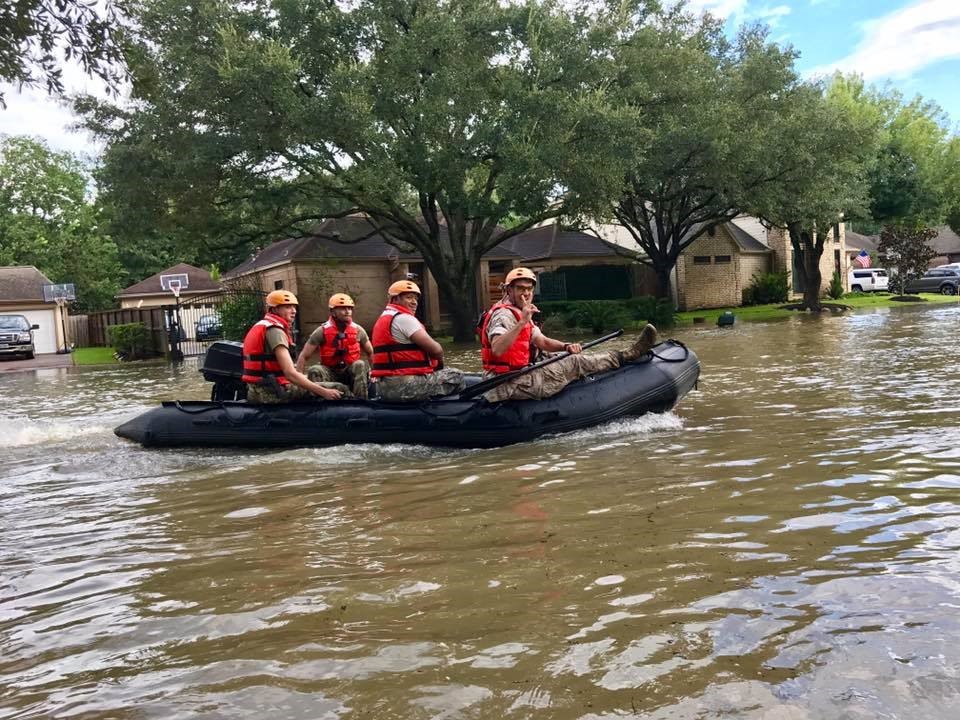 Rescue efforts were especially tricky and slow going at times because certain areas were entirely closed off to protect the public. Brittany says that law enforcement and rescue workers were thankful and re-routed people in boats rather than telling them to turn back to safety — they needed every bit of help they could get. 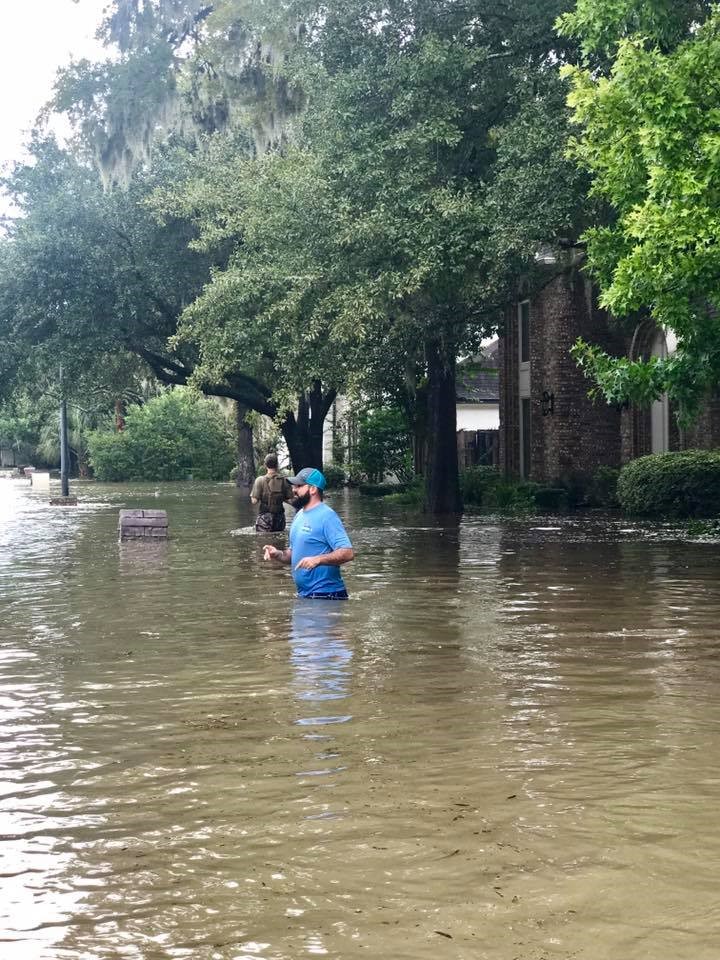 By the second day, the Coopers worked out a more streamlined procedure and plan. Cody and his friends went door-to-door offering help and pushing the boats to dry land. Brittany was in charge of giving people and pets a warm welcome. “We laughed, cried and I even got to cuddle fur babies,” Brittany says. “Seriously, these families were so sweet!”

And even after two exhausting days on the ground, the Coopers continued to help flood victims in other ways.

One of the problems with this type of catastrophic emergency is that shelters and other evacuation centers end up with plenty of donations — but they don’t always know what kinds of donations are needed the most. Brittany asked families for lists of high-priority items and then, with the help of friends and family, acquired everything on the lists. One of Brittany’s friends even donated a car to a family.

Not only did Brittany coordinate essentials for five or six families, another TWFH staff member, Jen Rizzo of Colorado, gathered donations and drove all the way to Texas with essentials in tow.

Wintress Odom, founder of TWFH also raised $12,000 and counting via a You Caring page. Wintress, who lives in Katy, also stepped in to look after the Coopers’ children when Brittany and Cody were out on the boat. Brittany jokes that Wintress “was the real MVP because dealing with four kids is harder than what we did.”

Brittany insists that she doesn’t feel that her family did anything extraordinary. They witnessed many, many other people out there helping people in various ways and were touched by the way the community came together.

While the initial floodwaters have now cleared, the damage remains extensive, and thousands of residents have been left permanently homeless. Some estimates of the cost of Harvey’s destruction are as high $190 billion dollars, and it will take years to rebuild.