For writers, marketers, content creators, and businesses alike, intellectual property laws can make a huge impact on your company’s livelihood and protect you from having someone else benefit from your work. This means that someone else cannot publish a copy of your book as their own or that another company cannot steal your proprietary software […] 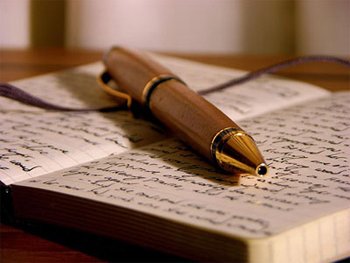 THE NUMBERS BEHIND THE WORDS: CAN YOU MAKE MONEY WRITING NON-FICTION BOOKS?

We all know an awful lot about something. It’s just the way people are. Your area of expertise might be something useful, like knowing how to fix cars, or it might be something less tangible, say, an obscene amount of knowledge about cartoons from the late 1970s to the early 1980s (ruh roh, Raggy!). Whatever […]

With the rise in popularity of media programming such as PBS’s Finding Your Roots, and the ease and accessibility of home ancestry and DNA test kits, more and more people are choosing to research their family history. The internet has made this research easier than ever before. For those who decide to go even further—to […]

HOW COMMON IS GHOSTWRITING?

Soon after John F. Kennedy’s Profiles in Courage was published in 1957, speculation began over who actually crafted the words behind the Pulitzer Prize-winning biography. For years, many believed the book was largely written by Theodore Sorensen, Kennedy’s close aide and speechwriter. But ever loyal to his president, Sorensen consistently denied any substantial involvement in […]

DIVING HEADFIRST INTO YOUR FAMILY TREE

Do you ever wonder about where your ancestors came from, and what struggles they had to endure in their life’s voyage? The journey of discovering your roots and your family history can be quite fascinating and exciting. It can also be a daunting and time-consuming task. A simple Google search will lead you to a […]

YOUR GUIDE TO THE FAMILY HISTORY INTERVIEW

So, you’ve decided to write a family history book but are not quite sure where to start. Or, maybe you are ghostwriting an autobiography for someone else. Either way, you’ll want to be sure to include all of the best family stories. If you rely on just your own memory, or that of your subject, […]

PLAN ON HIRING A GHOSTWRITER? HERE’S WHAT THEY NEED TO KNOW TO WRITE YOUR BOOK

If you plan to hire a ghostwriter for your book, you’re in good company. While no one has specific numbers because of the confidentiality involved with ghostwriting, people estimate that 50% to 90% of all nonfiction books on the bestseller’s list are ghostwritten. And that doesn’t count the number of fiction books and memoirs penned […]

Jennifer Rizzo has always been fascinated by genealogy. At The Writers For Hire (TWFH), she puts this lifelong interest to use, helping clients fill out branches in their family trees and answer big, important questions about who they are and where they came from.  In this installment of Copywriter Q&A, Jennifer shares some of her […]

HOW TO HIRE A GHOSTWRITER

There’s a story brewing inside you. Admit it. Maybe you’ve had the idea for a great adventure tale for years, or maybe you just recently decided to go after a professional goal of getting published. Regardless, the words are there… but you’re just not sure how to form them into the next great work. Enter […]

IS A BOOK STILL AN AUTOBIOGRAPHY IF WRITTEN BY A GHOSTWRITER?

Why do so many celebrities, politicians, and executives turn to ghostwriters to help them write their autobiographies and memoirs? It’s simple: writing a book is hard, time-consuming work. Plus, just because someone holds a position of authority or fame doesn’t mean they are skilled at writing. It makes sense to enlist the help of an […]