Stay on the Write Side of the Law: Steer Clear of Publishing Woes

Home » Blog » Stay on the Write Side of the Law: Steer Clear of Publishing Woes

STAY ON THE WRITE SIDE OF THE LAW: STEER CLEAR OF PUBLISHING WOES

“A long time ago in a galaxy far, far away….” there was a copyright lawsuit between Star Wars and Battlestar Galactica.

Stars Wars had captured the hearts of adoring fans across America, and Universal Studios wanted to jump on that bandwagon, so they launched Battlestar Galactica.

But Star Wars execs saw one too many similarities in the Battlestar Galactica storyline, and the lawsuit landed in federal court. Battlestar Galactica was cancelled and the parties settled out of court, but the case illustrates the ever-present battle against copyright infringement.

After all, you don’t want to land in court just for doing your job.

But you need to do your job within the bounds of the law, even though you may not exactly know the specifics of that law.

Read on for a quick romp through media law*, and take the first step to protecting yourself against legal missteps.

You can only type so fast.

In interviews, it’s inevitable that you’ll miss jotting down one thing or another.

Fortunately, the law is usually on the side of writers using recording devices.

You can usually record, film, or broadcast any conversation if all parties consent.

If you’re conducting an in-person interview and your recording device is in plain view, that equates implied consent–in other words, you’re standing (or talking) on firm legal ground.

Federal law requires only one-party consent to recording a phone conversation, unless the purpose is criminal or tortious.

That one party can be the writer who is recording.

Many states have similar standards. For instance, Texas requires the consent of at least one party in an oral communication.

In one-party consent states, this law would also allow a writer to record conversations in public.

Beware, that calling a person in another state places you under the laws of that state.

So, unless you want to research the recording laws of each state before making a phone call, it’s best to just make it your standard practice to inform the other party that you’re recording the conversation.

So what type of consent do you need before using quotes from electronic communications?

“Wireless consent is ambiguous,” says Rick Walker, a Dallas-area attorney and Professor of Media Law and Regulation at the University of North Texas. “It depends on the facts of each circumstance.”

Walker suggests that before you publish any wireless communications, you ask yourself questions like:

If you secretly record someone, using a digital recorder or hidden camera, the person you recorded may lob trespass and intrusion of privacy claims at you.

These claims are shakier if the recording takes place in an office or commercial establishment open to the public.

But courts frown upon secretly recording people in their own homes, where they have a reasonable expectation of privacy.

Even worse than civil litigation, wrongful recording could land you a felony conviction.

In Texas, illegally recording an in-person conversation or electronic communication or disclosing is a felony offense.

So, think twice before you attempt to enhance your book with a juicy expose obtained through secretly recording conversations.

Even if a source knows you’re recording the interview, you may need to go one step further to protect your back and your bottom line.

Particularly with interviews for books, consider having your interviewee sign a release.

If you discuss sensitive or controversial material, this becomes prudent.

Having a well-written and signed release offers some protection against claims of libel or invasion of privacy, should your source decide that the published depiction is unflattering.

A recording of the interview that supports your assertions offers additional protection.

Many interview subjects do present special requests–perhaps wanting to read or edit your story before it is published, to remain anonymous, or have some comments kept “off the record.”

Document any request or agreement you make with interview subjects, and abide by those agreements.

Breeching such a spoken or written agreement could leave you liable for monetary damages.

And in quoting someone, make sure you avoid both plagiarism and copyright infringement.

The ideas overlap similar areas of law and ethics.

But plagiarism, as harrowing final exam warnings remind students, involves claiming someone’s work as your own, which is largely an ethical issue.

Copyright, however, is protected by law.

Holders of copyright own the rights to their work, including the rights to: reproduce the work, create derivative works based on it, distribute copies of the work, and publicly display or perform the work.

When quoting, aim to precisely use the words of the quote.

A writer must evaluate both the legal and ethical concerns involved in modifying quotes.

“My opinion is that a journalist should never modify quotes,” Walker says, “The definition of modifying could be either unprofessional or illegal, depending on how much liberty the writer takes in modifying.”

Walker asserts that though it’s not optimal professional form, modification is usually legal if it doesn’t materially alter a source’s statement.

The Supreme Court weighed in on this issue in Masson v. New Yorker Magazine.

That case involved an outspoken Mr. Masson, the director of the Sigmund Freud Archives.

Masson became disenchanted with Freudian theory, was fired from his position, and subsequently granted an interview to the New Yorker Magazine.

The writer paraphrased and inferred Masson’s rather unflattering statements, placing these paraphrases within quotation marks.

Masson sued the magazine for defamation, while New Yorker argued that its statements were protected under the First Amendment.

The Supreme Court disagreed, ruling that the First Amendment’s free expression clause does not protect distortions of quotes.

Nevertheless, writers do have some leeway in printing material with minor factual inaccuracies.

Under the substantial truth test, a writer can get away with conveying minor factual inaccuracies as long as those statements don’t materially alter the substance of the source’s communication.

In addition to factual content, it’s just as import to maintain proper context for the quote.

This rule trips up everyone from students to famous journalists.

For instance, John Stossel anchored a story purporting that televangelist Fred Price misused funds intended for his religious organization. On the 20/20 piece, Price is shown saying, “I live in a 25-room mansion. I have my own $6 million yacht. I have my own private jet, and I have my own helicopter, and I have seven luxury automobiles.”

Price did say these words. However, he said them during a sermon illustrating a hypothetical person whereas ABC insinuated that he was speaking of his own wealth.

The inevitable lawsuit followed, and the parties settled out of court.

If you’re worried about publishing a controversial story, remember that truth is a defense against defamation.

So, if you’re sharing factual, research-based claims, you’re protecting yourself against allegations of libel or slander.

Fair use allows limited use of copyrighted material without asking permission.

If you’re commenting on, criticizing, or parodying material, it usually falls under fair use policy and you are not likely to be found liable for copyright infringement.

The fair use statute looks at four factors in determining fair use:

In the famous 1841 copyright case that provided the basis for Fair Use laws, Judge Joseph Story said, “Patents and copyrights approach, nearer than any other class of cases belonging to forensic discussions, to what may be called the metaphysics of law, where the distinctions are, or at least may be, very subtle and refined, and, sometimes, almost evanescent.”

But, to distill the message of the wordy Judge Story, what are those distinctions? How much copyrighted material can you quote before eclipsing fair use?

Unfortunately, there are no firm guidelines.

In general, the more material you use, the less likely it is to be considered fair use.

If you’re eclipsing 50% of borrowed material, appealing to the same market as the original work, and negatively affecting the original work’s economic gain, crying “fair use” probably won’t get you far.

On the other hand, if you quote only a small amount of material, use it in a work substantially different from the original, and appeal to a different market, you likely have a solid defense against copyright infringement.

There is one source that isn’t going to try to sue you for pulling its quotes–the public domain.

The public owns these works, and anyone can use them without getting permissions.

Works enter the public domain through:

The bottom line in principles of copyright law?

The law is still evolving with a rapidly-changing digital media landscape.

If you use third-party content without permission, you risk a lawsuit.

But if you walk out your door in America, you risk a lawsuit.

So adhere to stringent professional ethics, write or broadcast with integrity, and balance these principles with basic media law knowledge.

Not only will you be able to look yourself in the mirror, you’ll put yourself in a good position to defend against possible claims.

Author
Jennifer Babisak
Jennifer’s decade of writing and editing experience includes clients ranging from locally-owned small businesses to government entities, such as the Harris County Healthcare Alliance and magazines with international distribution like The Costco Connection. She has worked extensively with the travel industry, writing for publications such as Texas Highways, Texas Journey, and Texas Meetings and Events. Jennifer’s newspaper experience includes contributions to The Dallas Morning News and The Houston Chronicle. Her marketing skills were honed while serving as the Dallas-Fort Worth area marketing director for an organic grocery company. Jennifer’s range of writing and editing expertise includes social media, website copy, real estate copy, non-fiction books, pitch letters, blog posts, and profiles. She graduated cum laude from The University of Texas and enjoys inspiring the next generation of writers by leading youth writers’ workshops. 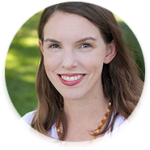