Lost in a thicket: How to avoid overwriting

Home » Blog » Lost in a thicket: How to avoid overwriting

LOST IN A THICKET: HOW TO AVOID OVERWRITING

In 1964, Supreme Court Justice Potter Stewart acknowledged that certain words and concepts – in this case, pornography – were difficult to define in a precise manner. He hastened to add, though, that he could rely on his gut feeling, declaring: “I know it when I see it.”

Likewise, defining overwriting is not simple. It’s a phenomenon that readers encounter often enough that they know it when they see it, but they may not be able to identify the exact points at which the writer has gone off the rails. As a result, they may not always be able to help authors figure out how to avoid overwriting.

A good editor, on the other hand, can help freelance writers escape this trap and do a better job of keeping clients happy. At the very least, an editor should be able to tell them when they’ve spent too much time at the keyboard, and give them an idea of how to check themselves as they work.

And if you don’t have a good editor yet, you’re in luck. We’re here to offer some advice, starting with a few different tips on how to identify overwriting.

(Don’t) take it to the limit: word counts and deadlines

When freelance authors receive assignments, they typically receive a set of instructions defining the parameters of the job. These instructions cover basic points such as length, deadlines, style, and target audiences.

With respect to length, clients usually come to the table with an idea of how much they want. Most will give writers limits, in the form of word counts or page counts.

These limits are often formulated in a way that offers some wiggle room. For example, you might be asked to write a blog post that’s 750-950 words long. Even if you have some leeway, though, you should respect those limits. If you find yourself in (or above) the upper reaches of the desired word count or page count and you’re only halfway through the task, you’re probably overwriting. If so, it’s time to start thinking about where you can trim.

As for deadlines, clients typically have an idea of when they want certain milestones met such as seeing the first draft or receiving the finished product. You should take those deadlines seriously. Remember them. Put them in your calendar – both electronically and in paper form, if necessary. Abide by them.

But what if you’ve been managing your time well, doing a piece of the job each day and meeting your own expectations with respect to word count, and you still find yourself needing to ask for an extension of the deadline because you haven’t finished making all of your points? Once again, you’re probably overwriting – and that means it’s time to think about how you can separate the wheat from the chaff.

Style is also a point to consider. Most clients will be able to tell you what kind of audience they’re hoping to reach, whether it’s university professors, company shareholders, industry experts, or general readers. In turn, their expectations ought to drive the work you produce. If you’re writing for an academic audience, maybe you don’t need to worry about complex sentences and obscure references. If it’s for shareholders, focus on explaining the numbers. If you’re targeting industry experts, don’t be afraid to use jargon. If you’re writing for general readers, find a balance between describing the basic facts and offering deep background.

This is important because if you don’t match the style to the audience, you may slip up. For example, if you’re asked to write a social media post for general readers and you churn out a 2,500-word treatise with an exhaustive set of footnotes and sentences that average 75 words apiece, it’s safe to say that you’re overwriting.

Meanwhile, there’s another reason to know your audience: You will need to have an idea of whether your readers will be familiar with the topic you’re covering. If they are – as in a highly technical piece that will be read by industry experts – you can jump right into your topic and use jargon freely. But if they’re not, you may run into trouble.

What kind of trouble? Over-explaining. If you’re writing for a general audience that may not know much about your topic, you’ll need to devote some time to setting the stage – that is, to introducing the subject and giving enough background to help readers understand what your client wants to say. It can be tempting to go into intricate detail at this point, especially if you’re writing about a subject that is interesting or complex.

Nevertheless, you should fight the temptation to tell the entire story. You do need to set the stage, but you don’t need to include the entire script of the play, plus a list of links to every published review of the show. Nor do you have to offer a comprehensive discussion of the history of theatrical performance, an explanation of the techniques used to varnish the wooden floors of the auditorium, a review of the weaving techniques used by the costumers’ fabric suppliers, and an exhaustive biography of the actors. If you do, you’ll be saddling readers with more information than they want or need. (So if you’re ever in doubt about whether you’ve crossed that line, remember comedian Dennis Miller’s line from an HBO special that aired in 1990: “Stop me before I sub-reference again!”)

One is the loneliest number

We’d like to think that all the advice we’ve just given you will be easy to follow. After all, it sounds straightforward, right? If you want to avoid overwriting, follow instructions about length and time requirements, know your audience, and resist the urge to explain the entire story from top to bottom and then delve into tangential topics.

But frankly, it may not be simple to remember all these points – especially when you’re immersed in the job.

At that point, you may have achieved a state of flow that allows you to crank out one gorgeous sentence after another at top speed. Perhaps you’re preoccupied by more mundane concerns, such as the ticking of the clock that shows just how little time is left until your deadline hits. Or maybe you’ve just been working on the same assignment for so long that you can hardly see the words on your screen anymore. Under such conditions, your response to basic advice about how to avoid overwriting is likely to be just about as positive as the attitude of a toddler who’s been told to eat his or her vegetables.

The best remedy is to get help. Don’t try to finish your assignment alone; find at least one more pair of eyes to look at what you’ve written. If you are working with an editor, let that person see your work before you turn it in. If relevant, show your material to your supervisor, project manager, or another colleague who may have a different perspective on what the client wants. You could also enlist the help of a third party or a beta reader, if you need an objective response that’s not influenced by the concerns of either the writer or the client.

Once you’ve taken this step, you’ll need to prepare yourself to receive constructive criticism – and to take heed of the suggestions you receive. If you don’t, your chances of falling prey to overwriting will increase.

Now we’ll turn the floor over to you. Where have you found overwriting, and how did you recognize it? If it’s happened to you, what have you done to overcome it?

Author
Jennifer DeLay
Jennifer has a background in journalism and Russian area studies. She holds a BA from the University of Texas at Austin and an MSFS from Georgetown University. While in graduate school in the mid-1990s, she developed an interest in the oil and gas industry of the former Soviet Union and launched a free newsletter covering the subject. She then spent more than 20 years researching, analyzing and writing about related topics, working for multiple weekly publications and a private consulting firm. Her areas of professional interest also include energy and power in China, Iran and the Eastern Mediterranean, and for fun she researches linguistics, neuroscience and disability-related issues. She has experience in copy-editing and has frequently worked with both native and non-native English speakers, helping them to produce clear, easily understandable articles on complex political, economic, legal and technical topics. Additionally, she has managed many time-sensitive typesetting projects for community institutions. Jennifer enjoys writing personal essays and lives in Atlanta with her family. 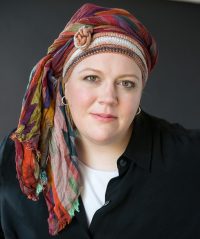 2 thoughts on “Lost in a thicket: How to avoid overwriting”