Publishing Guide – Defining the Terms and People Found in Publishing

PUBLISHING GUIDE – DEFINING THE TERMS AND PEOPLE FOUND IN PUBLISHING

Publishing has a long and romantic history, filled with names and figures that we all know. For example, most aspiring writers can tell you not only who it was that invented the printing press, but also what is often considered to be the first book ever printed on it  (if you’re not sure what the answer is, click here).

A lot has changed since then.

There’s no longer just one man with a printing press in Europe. It’s grown into an industry that’s worth $143 billion (USD). As you can imagine, with that kind of money floating around the industry, there are more than a few more people involved in the process and, best of all, no shortage of acronyms and terms for writers to keep in their heads (heads that are already full to the brim with ideas and books).

In order to help new writers cut through the clutter, we’ve put together this handy list of people and terms that are often found in the industry.

This stands for International Standard Book Number. It’s the unique 10 digit number that you see on the backs of books. It’s largely used as a way to track books through the sales process. You can use these numbers to learn how many books have been sold, to order books from book sellers, and things like that. ISBNs are typically handled by the publisher, unless you’re going the self-publishing route. These numbers are also usually embedded into the bar code of a book, although they can also be found on the inside cover.

Print on Demand. This a method of printing books as needed. This setup is typically used by self-publishers because it’s cheaper and means you don’t have to have a warehouse full of books lying around. POD is helpful in situations where you’re using online booksellers to move physical copies of your books. Once a book is sold through this channel, it’s printed by the POD company and shipped out to the purchaser.

This is a finished copy of a book that is sent out in advance of the publication date, usually for the sake of getting reviews. They are often sent out about three to six months ahead of the publishing date. Sometimes ARCs are totally complete, but often they will lack things like dust covers or proper binding, or will have ARC printed over the cover in an obvious way.

A sum of money given to an author before a book is published. This money is often used to help the author have funds to get through the writing phase of the book, as it can often take months of hard work to get a book from the purchase stage to the published stage. Advances are looked at as a loan of sorts and are deducted from royalties (see below) until the advance has been paid out. It’s not unusual for an advance to be paid out in stages, like 1/3 at time of purchase (or signing of the contract), 1/3 when the book is done, and 1/3 when the book is published.

The percentage of each sale that an author receives.  Authors receive different percentages depending on what stage of the publishing cycle they’re at. Hardcovers usually start around 10%, for example, while softcover books bring in 8%.  Royalties are paid out to authors after they’ve earned back their advances (see above). They’re often paid out on a schedule specific to the publisher (I have one publisher who pays out royalties once a year, and another who pays them out twice a year).

Rights are permissions granted by publishers (or whoever owns a book) to publish and distribute a book, both in different formats and in different countries around the world. Rights allow books to become movies or TV shows, to be published in French, and things like that. Authors receive additional money each time a new set of rights is sold, even if the property is never used for the intended purpose (think books where movie rights have been sold, but a movie never comes out).

A proposal is basically a pitch that is sent out to editors or agents, with the intention of selling a book. This is often the first stage of a nonfiction book because nonfiction books take longer to write and research, and it often doesn’t make sense for an author to put the time into something that may never be published. These are often quite detailed and, in some cases, can include sample chapters, full outlines, and even a table of contents. Their goal is to provide whoever is reading it with as much detail about the finished product as possible.

A query letter is similar to a book proposal, only way less detailed. More often than not, a query letter is a simple, one page letter that briefly outlines the book, the author’s experiences, and any other relevant information that might catch a reader’s attention.

The thing most writers dread, the slush pile is where unsolicited submissions go. These submissions usually take the form of book proposals or query letters and come directly from authors themselves. This is the battle ground for new authors where they hope to be noticed in a pile that can often contain somewhere in the neighbourhood of 10,000 other books. This is why it’s important to have a stellar query letter or proposal, because you’re trying to stand out in that very crowded room.

Go Forth and Make Words!

By no means is this list meant to be a complete list. This is just a starting point for those who are looking to get into the world of publishing. It can be a lot to take in, but that’s true of most industries. Heck, you can’t even fry up a hamburger without learning some industry specific terms, such as Heated Landing Zone, Grill Slip, or HOT (which stands for Handheld Order Taker).

Author
Douglas Paton
Douglas Paton fell in love with words at an early age and was rarely seen without a book in his hands as a kid. At some point along the way, he picked up a pen and started writing and never looked back. He has been writing professionally for nearly 20 years at this. From writing children’s books to magazine articles, comic books to full-length novels, there’s very little that Douglas hasn’t written in his career. For most of the last 10 years, Douglas has focused on writing educational material for younger readers, writing both fiction and non-fiction for clients such as Scholastic Canada and Nelson Canada. These days, he focuses more on writing content and copy for the web. Douglas has a bachelor’s degree in Journalism from Ryerson University in Toronto. 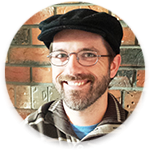 What other people or terms have you come across during the publishing process?