What’s the Scoop Behind Best-Sellers?

WHAT’S THE SCOOP BEHIND BEST-SELLERS?

In 1895, the literary journal The Bookman launched the first “bestseller list” in the United States. The small monthly magazine stopped running its lists in 1918 and then went under in 1933. By which point The New York Times had already begun to fuel the flames of our fascination with bestsellers. Today, few have likely heard of The Bookman – but we’d be hard-pressed to find someone unfamiliar with the weekly New York Times Book Review.

Since its 1931 introduction, the NYT Best Seller list has changed over the years. Today, we’re really looking at several different lists based on categories and genres, and included titles are even separated by “type” of format like hardcover, paperback, or electronic. While there are certainly other such lists, NYT’s compilation (let’s just call it The List from now on) has become something of an icon, the “gold standard” in the overcrowded literary marketplace.

Congrats… with a Caveat

Appearing on The List has become a badge of honor for authors around the world. And why wouldn’t it be? This powerhouse proves the popularity of a literary work.

Unfortunately, that’s debatable. The List is all based on a complicated algorithm that the newspaper even admits is something of a trade secret – and has caused ongoing controversy over the years. Actual book sales are only one part of this equation. In fact, a 1983 legal argument unveiled the subjective nature of “bestsellers” when representatives of the newspaper explained that The List is “not mathematically objective.”

It’s even influenced the book sales and how books are sold. In the 1960s and 1970s, the chain bookstores B. Dalton, Crown Books, and Waldenbooks took hold of the market by focusing on titles named to The List. They relied on the promotion that The List provided – but this marketing strategy also gave further credence to The List by encourage sales of whatever The List claimed was hot.

In the early 2000s, a study by Stanford professor Alan Sorensen revealed that book buyers are definitely swayed by The List and that new or unknown authors absolutely benefit from being named to The List.

How Do I Get There?

Do you still have your heart set on earning a coveted spot? The requisites that might help your work catch NYT’s eye are, unfortunately, a bit daunting to say the least… and highly unrealistic for most writers.

1. Work with a traditional publisher.

Because The List still doesn’t readily recognize self-published titles, your only way in is through a publishing house. Finding a publisher, in itself, can be a challenge.

Unknown authors must sell at least this amount through recognized book stores (your family can’t just buy 10,000 copies from your publisher). This means you need to do a ton of leg work and self-promotion to create your audience before your book release.

Determine your book release date that doesn’t coincide with the mass release of the sequel in a widely successful title. Your publisher should know when there’s a “down time” in publishing to make sure you have less competition and greater visibility in the marketplace.

If you’re an author who has the financial means, you can enter into an agreement with a firm whose services will guarantee that you’re a bestseller. Such firms charge thousands of dollars to basically purchase many, many copies of your book ahead of your publication date to create the spike in presales that earns you a bestseller berth. The List claims to apply a methodology that specifically weeds out such “artificial” sales surges, but these tricky firms circumvent the methodology by creating streams of organic-looking individual purchases.

The Wall Street Journal, for example, publishes combined lists that track point-of-sale book data by title from more than 16,000 locations across the country to represent some 85% of book sales – and includes all print and e-book formats from traditional and nontraditional publishers. This is a much more realistic indication of a book’s popularity. Getting pegged for this list usually takes 3,000-5,000 sales – again, an easier mark to hit than the NYT “requirement” – and it might even act as a catalyst for your book sales, catapulting you into a coveted NYT spot.

Stick to Your Story

So take heart: If you haven’t been named a bestseller, that doesn’t mean you’re not an author or that your book will never reach strong sales.

Keep in mind that The List specifically figures weekly sales numbers into its convoluted equation, not total sales. A title with a surge in sales for one given week could earn a spot, while another consistent seller (that winds up selling more copies over time) never makes the list because sales are at a slower pace. But, again, bear in mind that actual sales are just one piece of hard data that accompany the subjective whims of the NYT compilers.

Consider the advice from four-time bestseller Tucker Max. Don’t “chase bestseller lists, but instead focus on the business and personal goals for [your] book,” he says. “What matters is not selling copies or hitting a list, it’s the impact your book has with your intended audience.”

Author
Erin Larson
With a Bachelor of Science in Language Arts from Georgetown University and 20 years of editorial experience, Erin brings a passion for words and well-crafted writing to every project. As a writer, she revels in the opportunity to create vibrant original copy and rejuvenate tired text. She has written on a range of topics, in a variety of styles, and for an array of platforms. As an editor, proofreader, translator, and trusted second set of eyes, she has helped clients from around the world enhance their writing. A self-proclaimed editorial perfectionist, Erin once canceled a credit card because of a grammatically incorrect form letter, which she edited and promptly sent back to the company. (Incidentally, she wasn’t surprised to receive no response.) 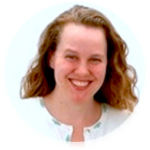