The Truth About Ghostwriting

Home » Blog » The Truth About Ghostwriting

THE TRUTH ABOUT GHOSTWRITING

Ronald Reagan once quipped about his autobiography, “I hear it’s a terrific book. One of these days I’m going to read it myself.”

Rarely does a celebrity exhibit such candor in acknowledging their partnership with a ghostwriter. In fact, the entire practice of ghostwriting seems shaded in mystery.

To deconstruct the myths and doubts surrounding the practice, we’re shining light on some of the most common questions about ghostwriting:

What is a ghostwriter?

The Free Dictionary defines the term as “one who writes for and gives credit of authorship to another” while Oxford Dictionary specifies that a ghostwriter is “a person whose job it is to write material for someone else who is the named author.”

The practice dates back as far as the 5th century B.C., when scribes wrote material for royalty. And world leaders throughout history have relied on ghostwriters to present an amenable front to their constituents. Even venerable George Washington didn’t craft his own Farewell Address; he left that to Alexander Hamilton.

Christy Walsh – known as America’s first sports agent – coined the word in 1921, as he found ghostwriters to write autobiographies for sports stars, including the legendary Babe Ruth. Walsh was open about his practice of using ghostwriters, famously saying, “Don’t insult the intelligence of the public by claiming these men write their own stuff.”

But the practice existed as a  mostly hidden secret of the publishing world for many years. Today, electronic publishing options have made producing a book or other works a more affordable prospect. Coupled with the rise of electronic media, celebrity memoirs have become an industry standard, increasing demand for ghostwriting assistance.

Why use a ghostwriter?

If you lack the time or skill to articulate your ideas into written form, a ghostwriter can help.

Whether you need assistance crafting a compelling whitepaper or compiling your family history into a memoir, you can find ghostwriters with experience in a wide variety of written form.

When evaluating the prospect of bringing a ghostwriter on to your project, ask yourself the following questions:

Busy professionals often lack the time to devote to an intensive writing project. While many people enjoy writing as a creative outlet – journaling their thoughts or sharing ideas on social media – they may lack the professional polish needed for certain publications. In these instances, a creative thinker pairs well with a ghostwriter. 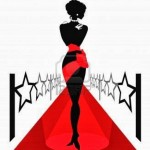 Politicians, celebrities, business leaders, and even family historians use ghostwriters. Ghostwriters tackle not only the well-known formats of memoirs and works of fiction. They also work on a diverse range of projects, including: blogs, thought leadership pieces, speeches, scripts, ebooks, Wikipedia entries, song lyrics, op-eds, and editorial content.

Which celebrities use ghostwriters?

The better question is “Which celebrities don’t use ghostwriters?” In the world of celebrity memoir, ghostwriting rates approach 100%. Even highly-regarded, award-winning books like John F. Kennedy’s Pulitzer Prize-winning Profiles in Courage often have a ghostwriter behind them.

On the flip side, some celebrities have taken their turn as ghostwriters. Before becoming a household name, Barry Manilow wrote advertising jingles such as State Farm’s enduring “Like a Good Neighbor” and Band-Aid’s “I am Stuck on Band-Aid.”

Which authors use ghostwriters? 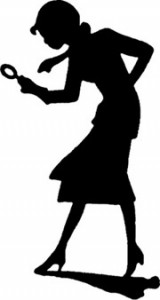 A Priceonomics article on ghostwriting suggests that at least 25% of the New York Times nonfiction bestseller list is ghostwritten.
The practice is rampant in fiction genres as well. Perhaps the most famous examples of ghostwritten fiction are the iconic Nancy Drew and Hardy Boys series. These children’s books, launched in the 1920s and 1930s and having accumulated nearly 200 books in each series to date, were written by various ghostwriters under a common pseudonym.
More recently, Tom Clancy and James Patterson owned up to using ghostwriters for some of their works. If you notice an author’s successive books debuting on shelves at a rapid pace, chances are good that there’s a ghostwriter involved.

How do I find a ghostwriter?

Comb through trade journals, newspaper articles, and websites for authors who have worked on material in your field. These authors may be open to ghostwriting work. When perusing books, look for keywords on the cover such as “with” in smaller print after the primary author’s name. The acknowledgements page also sometimes gives a nod to a ghostwriter.

Professional writing firms often offer ghostwriting services along with in-house editing. These firms may offer a team approach that involves a ghostwriter working alongside a proofreader and editor. Such collaboration often leads to a more polished manuscript.

Look for these attributes as you evaluate potential ghostwriters:

How much do ghostwriters charge?

Ghostwriting fees vary dramatically, depending on the amount of work required and experience level of the writer. Ghostwriters may bill hourly, by the word, or by the project. Some ghostwriters looking to build their portfolios may agree to a lower upfront fee accompanied by a percentage of royalties.

Reputable ghostwriters’ rates usually start in the hundreds for the smallest projects and go up from there. Expect to pay at least $20,000 for a full length book. Elite ghostwriters charge upwards of $500,000 for their work on celebrity memoirs.

As in many industries, ghostwriting costs can be reduced through outsourcing the trade to locations like India and China. While outsourced prices may seem like a bargain, the savings should be weighed against the value of writing produced in one’s native language. The English language contains numerous nuances that can lead to choppy and awkward outsourced or translated copy. In ghostwriting, the adage “you get what you pay for” usually rings true.

How do ghostwriters work?

“I’m fulfilling a similar function to a barrister in court, pleading the case of their client,” says prolific ghostwriter Andrew Crofts. “I listen to their story and then tell it for them, helping to get across their view of the world and the way things happen in it.”

Some ghostwriters share their work with the named author throughout the process. Others feel sharing the work in progress disturbs their creative flow and argue they can work more efficiently with minimal client interaction. If you are considering hiring a ghostwriter, choose a working relationship – collaborative or turnkey – that feels right to you. Collaborative relationships often require more from the named author in terms of time and dedication to the project, but the danger of getting a “surprise” at the end of the process is generally reduced.

What are some common myths about ghostwriting?

Given the unusual name, the ghostwriting field garners much intrigue and misunderstanding. Common myths include:

Is it illegal to use ghostwriters?

Ghostwriting is not illegal. In fact, Calvin Coolidge was the last U.S. President who did not keep a full-time ghostwriter on staff. The practice is widely embraced by politicians, the business world, and the publishing industry alike.

Make sense of the semantics by considering that Webster defines author as “one that originates or creates.” The word derived from the Latin auctor (one who gives increase), as in “an originator or causer.” Since a ghostwriter does not “originate” an idea, but works to bring the ideas of others to written fruition, the originator of the work takes credit as the named author.

Some confusion exists between the terms “ghostwriter” and “co-author.” These terms differ in that – although a ghostwriter should provide proactive feedback or suggestions – a ghostwriter typically provides content based on the instructions and ideas of another person. A co-author expects to work as a partner in the venture, will be a named author on the book, and will share in proceeds. Their subject-matter expertise is often essential to forming the material concept for the work.

Is it ethical to use ghostwriters?

Ghostwriting is accepted without much ado in most fields, with two notable exceptions. Ethical concerns can present regarding medical ghostwriting, the practice of attaching the names of scientists or physicians to ghostwritten articles and publishing the material in medical journals. “This behavior creates obvious conflicts of interest, distorts medical evidence, [and] affects consumers by their bias towards certain drugs,” writes Ernesto Spinak on SciELO in Perspective.

Academic ghostwriting also creates concern. Naturally, some college students are keen on avoiding the arduous task of essay writing. So-called “essay mills” step in and ghostwrite papers for students. The practice is not illegal in the United States or the United Kingdom. However, the practice is considered unethical and is subject to the charge of “academic fraud,” with subsequent university penalties. 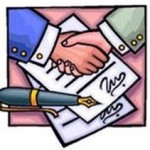 Ghostwriting is not considered plagiarism because plagiarism involves the theft of original writing. Ghostwriting involves a mutually agreed upon collaboration and compensated exchange of written material.

4 thoughts on “The Truth About Ghostwriting”